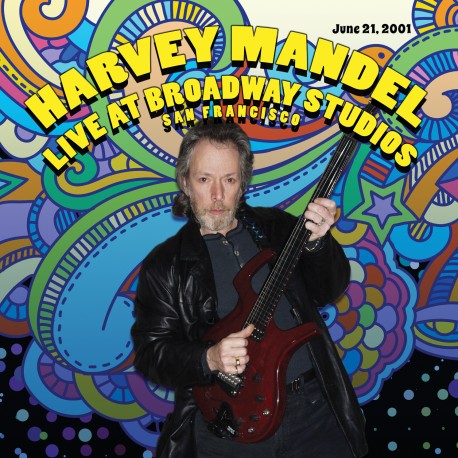 Harvey Mandel, the legendary guitarist who played with The Rolling Stones, Canned Heat and John Mayall & the Bluesbreakers.
The band:

Harvey Mandel is a legend, no doubt about it! An unsung hero and a major influence for many of today’s musical superstars, he’s almost a forgotten giant of instrumental rock.
Mandel played with blues legends Barry Goldberg, Otis Rush, Buddy Guy and Albert King, performed at Woodstock with Canned Heat, played with The Rolling Stones on “Black and Blue” (his guitar work is all over Hot Stuff), Charlie Musselwhite, John Mayall and the Bluesbreakers and many others.
His ffirst appearance on vinyl was in 1966 with Carlie Musselwhite on “Stand Back!,” and his ffirst solo LP was the outstanding 1968 release “Christo Redentor.”
Mandel is a jazz influenced, Chicago blues-based rock guitarist with few equals. His use of open tuning and mastery of sustained and controlled feedback has branded him a radical in a traditional blues world. He was one of ffirst guitarists to use two-handed fretboard tapping (well before Stanley Jordan and Eddie Van Halen) and came to be known as “King of Sustain” for his long, ringing tones. It was Barry Goldberg who bestowed upon him the name “The Snake” because of a crinkly leather jacket he wore and how Mandel’s left hand slithered up and down the guitar neck.
A pioneer of modern Chicago electric blues, Harvey is the master of extroversion and musical virtuosity. He effortlessly balances a slightly distorted tone, bordering on feedback, and herky-jerky phrasing balanced with long, melodic lines. He is a radical in a traditional blues world, and his style pushes the boundaries of guitar and amplifier technology.
One of the most distinctive and innovative guitarists of the past 50 years, this incredible performance was recorded before an enthusiastic audience at Broadway Studios in San Francisco, on June 21, 2001. The set includes three of his best known songs: Christo Redentor, Wade in the Water and The Snake. The sound quality, taken from a Digital Master Soundboard (DAT) with 4 Subgroups - Guitar, Bass and Stereo Drum Mix plus stage, is incredible. This is Harvey “The Snake” Mandel at his peak!