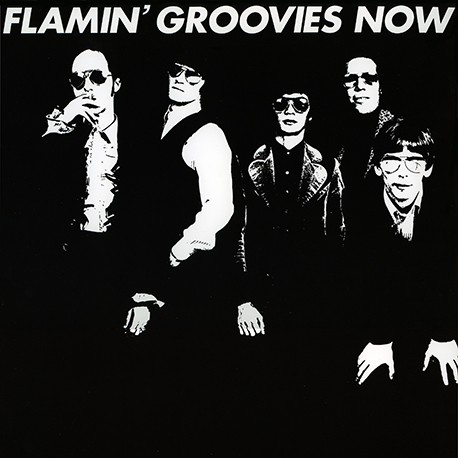 Flamin’ Groovies Now was released in the late spring of 1978 and coincided with a lengthy tour of the UK and Europe.

For the recording of this sophomore album—eventually titled, with classic mid-60s-styled hyperbole Flamin’ Groovies Now—the band returned to their spiritual home, the legendary Rockfield studios in Monmouth, Wales. Producer Dave Edmunds was again in charge, and his continued rapport with the band was such that he now played an active role with not just the sound but the music, adding extra guitar here or keyboards there, and also contributing ideas on repertoire. As a result, the album was punchier and sonically less diffuse than the Groovies prior effort, with the up tempo numbers were all firmly in the mold of the updated vintage rock that was Edmund’s trademark.