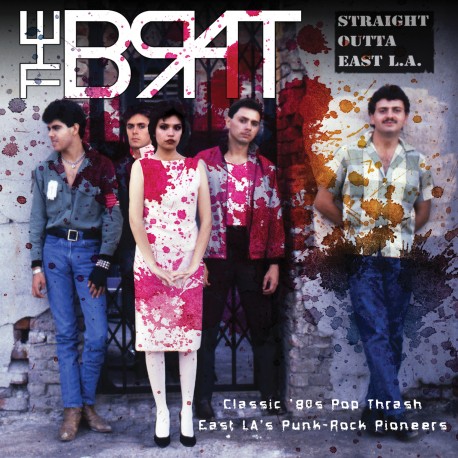 The Brat began to regularly showcase their fiery punk infused sounds at Club Vex in Boyle Heights (a short-lived—six months—performance space above Chicano art center Self Help Graphics) alongside the likes of Plugz, Los Illegals, Thee Undertakers, The Stains and many others until they finally landed a record deal with Fatima Records, cutting their one and only album, “Attitudes,” in 1980.

After that release, they began opening for major groups such as R.E.M. and Adam and the Ants. Frustrations of failing to sign with a major record label and a growing antipathy towards the scene led to their disbandment in 1985. And so, a unique voice highlighting social consciousness and Mexican American oppression went silent.