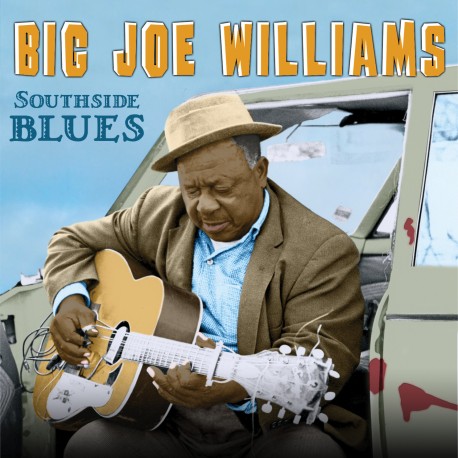 This fantastic album was recorded by famed blues producer Norman Dayron in Chicago and presents Big Joe in an intimate setting.

Big Joe Williams is one of the great, legendary blues figures of the 20th century. Joe has been recording steadily since the 1930s and enjoyed a great deal of success in the 1940s on the rhythm and blues charts. Like many great bluesmen, Joe is a native of Mississippi but later moved to Chicago, the second home for many of America’s greatest blues artists after WWII. He’s been a major influence throughout his long career on most of today‘s blues artists and is especially known for his unique development and playing of the 9-string guitar style, something no other artist has successfully attempted.

This fantastic album was recorded by famed blues producer Norman Dayron in Chicago and presents Big Joe in an intimate setting, performing many of the traditional and original blues for which he is most widely known. We’re proud to release this unique and rare recording for the pleasure of blues lovers all over the world.