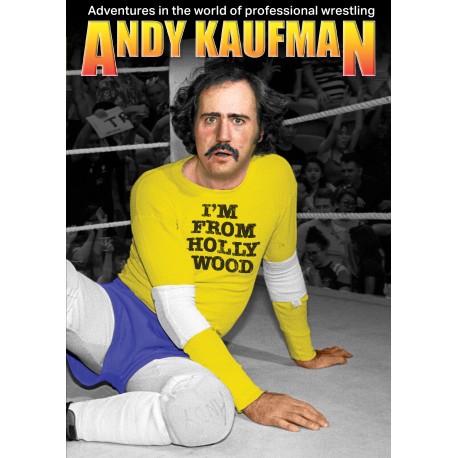 In the years before his untimely demise, Andy Kaufman concentrated all his creative energy on defeating Memphis pro-wrestler Jerry “The King” Lawler. In doing so, he permanently ruined his television career.

This fascinating documentary follows Andy as he doggedly pursues Lawler, mercilessly taunting him on network television, threatening lawsuits, and hiring wrestling thugs, all of this in a bizarre and hysterical quest to put Lawler out of commission.

The question is still asked today: had Andy actually lost his mind or was this a stunt gone terribly wrong?