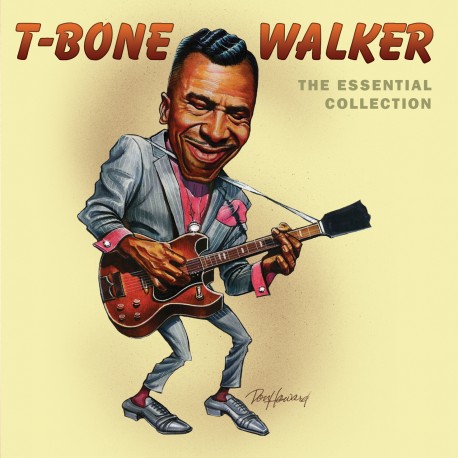 T-Bone Walker: T-Bone Shuffle; It's A Low Down Dirty Deal. Available on CD.

One of the unfortunate facts regarding performers whose fame predated the era of television and YouTube exposure is that the only record we have of their artistry is aural---phonograph records and CDs. We never get to see them—to fully know what it was about them that captured the public’s attention and earned their undying devotion.
Still photographs, even of the artist in performance, tell only part of the story. We are left with only an inkling of just how charismatic these people were, of what made audiences idolize them.
This is particularly true in the areas of “lowbrow” entertainment: vaudeville, hillbilly and the blues. Oh yes, some entertainers were captured on celluloid, especially if their fame reached the masses. We find clips of the great Louis Armstrong and Duke Ellington from the 1930s. The terpsichorean genius of the Nicholas Brothers graces many a Hollywood musical. But what of the performers Hollywood didn’t know what to do with? How to explain to a generation raised on MTV the magical effect of a Pigmeat Markham, a Lefty Frizzell or a T-Bone Walker on audiences of their time?