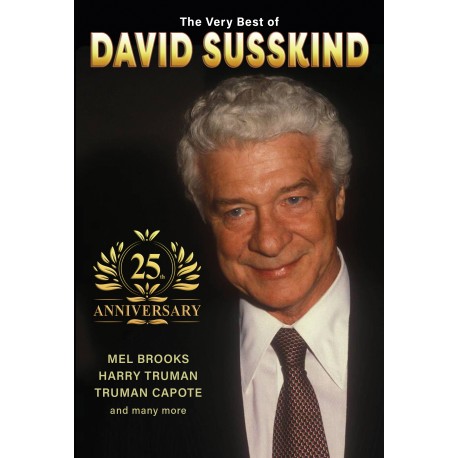 The Very Best of David Susskind

An insider’s look at 25 years of David Susskind Open End & The David Susskind Show, in 2 parts. Part one has David Susskind and his wife Joyce, reminiscing and playing clips from past shows. David, remembers the very first show, premiere of the movie “The World of Suzi Wong,” which, in his estimation, was a “disaster.”

Susskind fondly remembers (and shows clips from) the “How To Be A Jewish Son” broadcast with Mel Brooks, Harry Truman’s appearance in 1961 (where he endorses term limits), and Nikita Khrushchev’s appearance in 1960. Other shows are remembered related to topics about nuns, prostitution, a mafia hitman, the Viet Nam War and five swinging hair dressers.