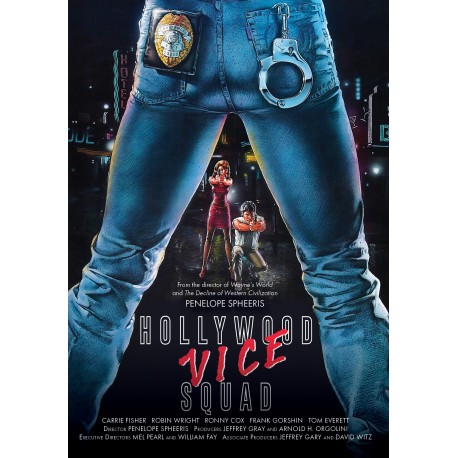 From the director of Wayne’s World and The Decline of Western Civilization PENELOPE SPHEERIS. DVD format.

Pauline Stanton (Trish Van Devere: The Changling) travels to Hollywood to find her teenage runaway daughter, Lori (Robin Wright: Wonder Woman, Blade Runner 2049). Once there, Pauline discovers that Lori has become a drug addict and teams with the police to find and get her back. She speaks to Captain Jensen (Ronny Cox: Total Recall, Desperate Housewives) who informs her Lori is working for James Walsh (Frank Gorshin: Riddler from Batman TV series) who runs Pretty Girls Escorts. He gets his girls hooked on drugs then turns them into prostitutes. It’s up to Hollywood Vice squad, and great undercover cops like Betty Melton (Carrie Fisher: Star Wars) to take down Walsh, but do they have what it takes?