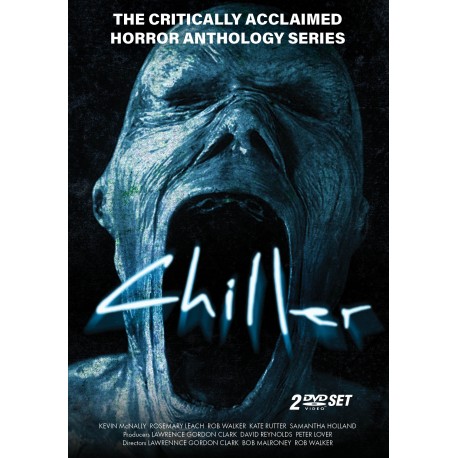 Episode One
PROPHECY
A group teens hold a séance in the basement of a London café for fun, but to their surprise receive a prophecy of their own deaths.

Episode Two
TOBY
When Ray and Louise Knight lose their unborn son Toby in a car accident they are crushed, but when Louise discovers she’s pregnant again things seem to be on the upswing. However, a routine scan reveals she is not actually pregnant with a baby, but something sinister.

Episode Three
HERE COMES THE MIRROR MAN
A social worker searching for a troubled, young homeless man named Gary who’s plagued by a naughty friend named Michael whom may or may not be a demon force, either way he encourages Gary to commit murderous acts, at one point pushing our social worker’s predecessor in front of an oncoming truck.
Episode Four
THE MAN WHO DIDN’T
BELIEVE IN GHOSTS
When a a professional skeptic of the paranormal moves to the countryside and into a supposed haunted property with his wife and daughter, they find themselves victims of unexplained events.

Episode Five
NUMBER SIX
A small Yorkshire town is plagued by a child killer whom has taken the lives of five children from the area, the deaths seem to be connected to an ancient Druidic area of the woods nearby. A young boy at school is haunted by dreams of spooky schoolmates telling him to “play with us” and indeed there are some strange goings on at the schoolyard.