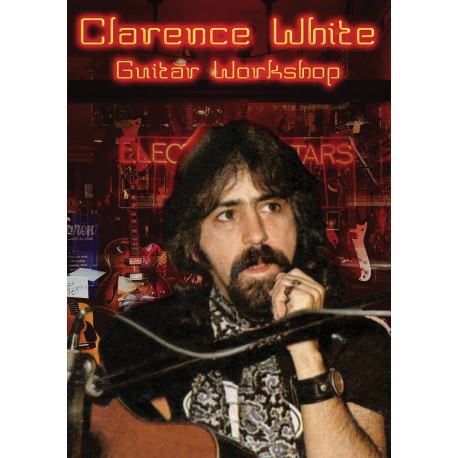 Bluegrass bands had never appeared on national television until Clarence White and the Kentucky Colonels did so on The Andy Griffith Show in 1961. Over time, more success followed, including a soundtrack and performance in the 1965 movie, The Farmer’s Other Daughter.

Who could have guessed the kid who started out in The Little Country Boys with his brothers and sister would eventually join seminal rock band, The Byrds (1968-’73), and go on to play with such musical greats as Jerry Garcia and David Grisman.

In 1973, Clarence appeared on Bob Baxter’s Guitar Workshop recorded at KNXT studios in Visalia, California. Back then, tapes were erased in order to use them again to save money. There were only sixteen in this series, and you are viewing one of two that survived. Clarence puts on an amazing show of virtuosity. His brief 29-year-old life leaves us to wonder what else he could have accomplished musically.