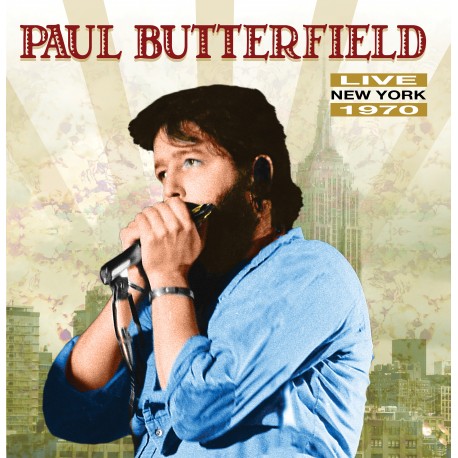 The Singer Sewing Machine Company rescued this series by becoming their main sponsor. An unorthodox marketing strategy, the sewing machine company actually had a record department in most of their New York stores. In addition, as part of their promotion of the new series, Singer offered a discount on all albums featured that week. The very first band to appear on the new series in December of 1970 was the Butterfield Blues Band Live.
The sound quality of the show is excellent, and the performance is unrivaled!
The Butterfield Blues Band: Live at the A&R Studios on WLPJ in New York City, December 1970.

My father, Paul Butterfield started the first integrated band in 1965, the year I was born. That band was a pinnacle in music history. Paul was always moving the music forward which lead to this incarnation which included a horn section. This particular band stayed together for several years and were constantly reaching new heights in blues and rock. This was the happiest time for Paul in his musical career.