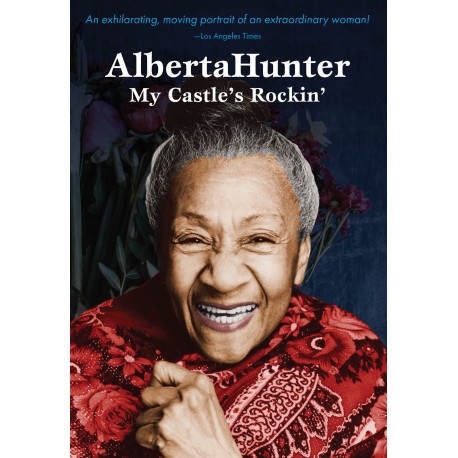 This music DVD portrays the life of the legendary blues singer and songwriter Alberta Hunter.

This music biography portrays the life of the legendary blues singer and songwriter Alberta Hunter. After 40 years of show business success beginning in 1917, Alberta became a nurse. Twenty years later, when the hospital thought she was 70, she was forced to retire. Still anxious to do something with her life, she returned to singing, to enjoy an acclaimed comeback. Her age was really 82! MY CASTLE’S ROCKIN’ traces Alberta’s remarkable career through the 20th Century, incorporating her best live performances from New York’s famous downtown night spot, The Cookery. Ms. Hunter opened her personal archives to the producer for this documentary, sharing never before seen photos and other mementos from her celebrated career. The film features Alberta Hunter’s final interview before her death in 1984; plus interviews with her manager, nightclub entrepreneur Barney Josephson; her record producer, the legendary John Hammond, and others.