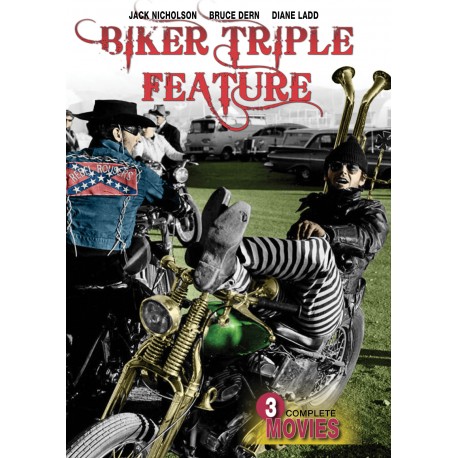 A rebellious punk of the beat generation spends his days as an amateur dirt track driver in between partying and troublemaking. He eventually kidnaps his buddy’s girlfriend, kills a few police officers and finally sees his own life end in tragedy.

In a small, U.S. costal town, a motorcycle gang arrives on holiday. Paul, in town to see his girlfriend, and a leader of the cyclists, J.J., knew each other years before, so when the gang comes upon the couple and, led by the menacing Bunny, beats up Paul and begins a sexual assault of Karen, J.J. tries to intervene: he suggests they hold cycle-riding contests, with the winner claiming Karen. A screeching rock score.

This staggering and controversial ‘Mondo Cane-style” film, shot in a documentary style, makes its official DVD debut here. You’ll see bikers rumbling, doing drugs, clashing with hippies and cops, and so on.