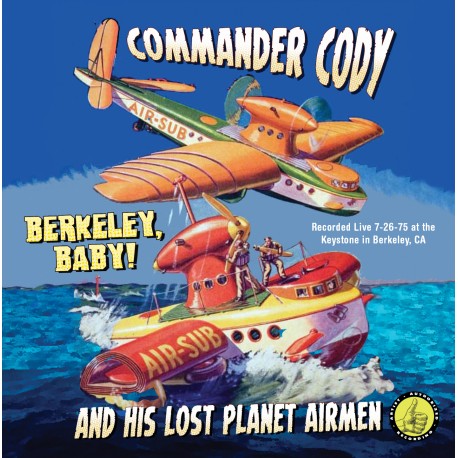 In 1972 my friend Freddie Herrera opened a small nightclub in San Francisco. It was a hip joint where I met and worked with Elvin Bishop, the Pointer Sisters and Dan Hicks and His Hot Licks. We were the third or fourth band in there, we had a ball, got in a lot of trouble, rocked out, etc., etc., etc. The place was cool and became wildly successful and soon, Freddie opened Keystone Palo Alto and later Keystone Berkeley, buying up a large dump up on University right near campus where Creedance began their career and the owner of that joint didn’t like my band very much.

Things changed after Freddie bought the place; it turned out to be a major Berkeley dive, right up there with Mandrakes and the Longbranch/Babylon hellhole.
Needless to say we fit right in, enjoying many rocking nights there in the middle seventies in fact I lived about a mile away from there (vertically). We were practicing our double live album for Warner Brothers and had a decent recording company (Wally Heider) and we used the Keystone Berkeley as out trial balloon before heading out to London and Hammersmith early the next year.

This was John Tichy’s last gig and he went off to R.I.P. to become a famous ‘perfesser’ while we worked Ernie Hagar in on steel guitar. The end was near for the Lost Planet Airmen but we went down swinging.