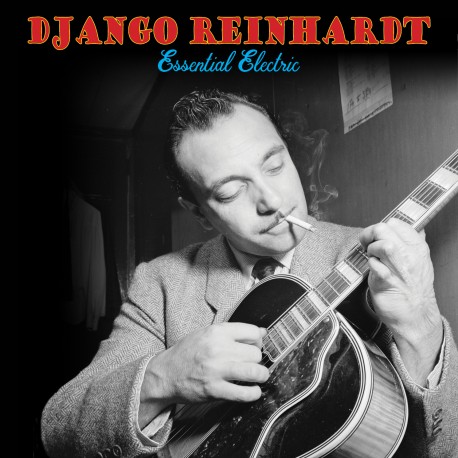 Django Reinhardt had already established himself as an exceptional and innovative guitarist and regarded as one of the greatest players of all time. His influence can be heard in many genres, and even Willie Nelson has given credit to Django and his unique approach to swing music. His recordings are numerous as he was prolific, loved to play and as often as possible. In contrast, the other pioneer of the electric guitar, Charlie Christian only made the recordings with Benny Goodman, as he died in 1942 at the age of 26. Django lived considerably longer.
He passed away two months after the Blue Star 1953 sessions from a brain hemorrhage. He was 43 years old. Still very young by today’s standards. He overcame a severe injury in 1928 when a fire consumed wagon in his gypsy caravan which started when he knocked over a candle. Doctors said that he would never play again as his left hand was badly burned and with two of his fingers fused together. He eventually learned a new way of playing...one that was distinctive, recognizable and made him a guitar legend.
These are the best of his electric recordings. Django took a rudimentary approach by sticking a microphone in his guitar, attached to a small amplifier. What an amazing sound he achieved. No modern day guitar can duplicate the sound Django achieved during the years of 1947-1953. Seldom heard, these instrumentals stand the test of time and certainly put Django along side Charlie Christian as yet another “Genius Of The Electric Guitar.”